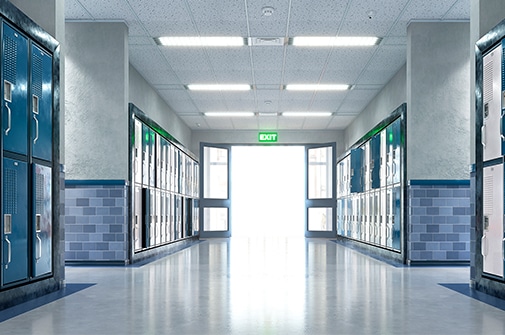 To the Los Angeles County Board of Supervisors

Over the last few weeks, the Students First Coalition has been in productive and successful talks with several state senators and assembly members from both parties who support our request for Governor Newsom to remove California’s kindergarten through twelfth-grade schools from the California Blueprint for a Safer Economy tiered system and allow counties and health officials to work in conjunction with school districts and private school administrators that have the ability and capacity to safely and responsibly open schools and facilitate in-person instruction for students whose families desire it.

While working with the Los Angeles Department of Public Health, the Students First Coalition has learned that the county feels like their hands are tied when it comes to bringing back more students to school due to state restrictions for counties in the purple tier, which L.A. has never left and likely will not leave for many more months. No other county in the country has adversely affected their youngest and most vulnerable citizens more than Los Angeles. The combination of state policies and L. A. County’s decision to be more restrictive than the state when it comes to schools, has kept students isolated at home and parents unable to go to work. The rest of California, and every other state in the nation, has proven that schools are NOT a source of transmission. Therefore, we must have a combined effort from the state and the county to consider and adhere to the health and safety recommendations from our nation’s most recognized and respected medical researchers and institutions before making decisions that affect students. Schools need to be treated differently and removed from the same category as restaurants, bars, salons, cardrooms, etc.

This fall, L. A. was the only county in the country to completely eliminate in-person instruction for all students for months and only when pressured, allowed a small, select portion to return, but then still neglected hundreds of thousands of children. Dr. Ferrer’s latest “strong recommendation” for all schools in L. A. County to close their doors to our youngest learners, as well as to students with developmental disadvantages, homeless students and those in foster care, ESL students, and many with learning disabilities that make online learning impossible is scientifically unfounded, baseless, and quite frankly, dangerous. The American Association of Pediatrics, the World Health Organization, the U. S. Centers for Disease Control and Prevention (CDC), unanimously agree that students need to be in school with in-person instruction for their betterment academically, physically, emotionally, and psychologically.

Senator Ben Allen (D), Senator Scott Wilk (R), Senator Henry Stern (D), and Assembly Member Suzette Martinez Valladares (R) have sent a letter to Governor Newsom supporting the Students First Coalition’s request to remove schools from California’s tier system and allow school administrators to develop their own plans to safely reopen campuses, and most importantly, the reasoning behind this most urgent request. The health, welfare, physiological trauma, and the future of Los Angeles’ most vulnerable population is being disregarded. As elected government officials, you have the moral obligation and the power to demand that all L.A. County Department of Public Health recommendations that directly affect children must be based on scientific, factual, reliable data, and no longer based on personal opinion.

Together, we can alter the trajectory of the lives of L A.’s children. Allow educators to educate, counselors to counsel, coaches to coach, and most importantly, allow parents to make their own decisions on what is best for their children. The life-altering consequences our children have suffered from misguided policies and decisions over the last 11 months will take several years to rectify. Now is the time to stand together, vigorously defend, and put students first. Their lives literally depend on you and your actions.

Subscribe to our latest updates and stay informed about school reopening in Los Angeles. Your contact information will not be sold.